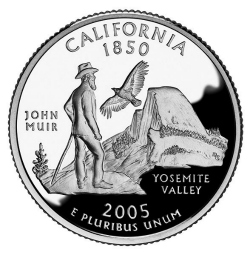 Although California courts require an employee be “involved principally” in “selling” in order to qualify for the commissioned sales exemption, there has been very little guidance on the meaning of this requirement. Muldrow supplies that guidance. It also addresses another previously unanswered question: must a commission be based solely on the price of goods or services sold, or may it include other factors?

The plaintiffs were employed by Surrex to locate candidates to fill job orders placed with Surrex by its client companies. They used an internal database, made cold calls, and used other resources to find suitable candidates. They worked to convince the candidate that the job was desirable and convince the client company that the candidate was a good fit for the job. The plaintiffs were required to “nail down” the client’s rate, the candidate’s rate and to make sure that deals held together. Surrex was paid only when a placement was complete.

Some candidates were retained by Surrex as consultants, and their services were leased to Surrex’s clients. The plaintiffs’ compensation for this type of placement was a percentage of the “adjusted gross profit” earned by Surrex. The starting point of this calculation was the rate received from Surrex’s client for the services of the consultant. From this, Surrex subtracted the costs of employing the particular consultant – typically the consultant’s pay, benefits, and expenses as well as an overhead adjustment factor. Commissions were paid as a percentage of the resulting “adjusted gross profit.”

The plaintiffs argued that only time spent finding new client companies was time spent selling, and contended that none of their work to identify and recruit candidates was sales activity. The court rejected this argument. Finding that the plaintiffs’ “primary duty was to recruit ‘candidates’ for employer ‘clients,’” the court agreed with the trial judge that ignoring all the activity that must be done before the actual point in time when a sale is made “perceives the word sales in a vacuum contrary to the job description of any salesman.” The tasks associated with identifying job candidates were “essential prerequisites necessary to accomplishing the sale.” Finding these activities to be sales related, the court concluded that the plaintiffs were “employed principally in selling a product or service.”

The plaintiffs also argued that pay earned as a percentage of the “adjusted gross profit” could not qualify as a commission because the formula was “far too complex” and was not based solely on the price of services sold. They contended that California courts require that a “commission” be based solely on a percentage of price. The Muldrow court rejected this argument, branding it an “excessively narrow and wooden application” of prior cases, neither of which had any occasion to address the question.

The court also distinguished decisions cited by the plaintiffs because the employees in those cases increased the profitability of their companies by increasing revenue, while plaintiffs’ efforts affected not only the revenue received by Surrex, but the costs incurred. A compensation plan based solely on price would reward the plaintiffs’ efforts to increase profits by increasing revenue, but do nothing to reward those who helped Surrex achieve greater profits by limiting costs. Referencing older cases addressing commission disputes, the court noted that “a commission based on profits is hardly a concept foreign to California law.” The court concluded that “Surrex’s commissions were sufficiently related to the price of services sold to constitute commissions for purposes of the commissioned employees exemption (Cal.Code. Regs., tit. 8, § 11070, subd. (3)(D)).”

The Muldrow decision applies a dose of common sense in answering some fundamental questions that had not been answered before. In the future, however, employers should consult counsel before relying on Muldrow, to be certain that it has not been taken up for review before the California Supreme Court. Once review is granted, as those who are “waiting for Brinker” are well aware, a case cannot be cited or relied upon in court proceedings. Because it provides new answers, Muldrow is a potential candidate for review.