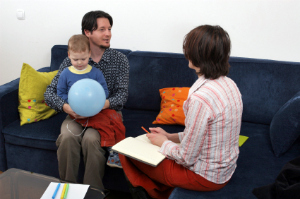 A social worker required to hold a bachelor’s degree in social or human services, behavioral science or an allied field does not necessarily qualify as a “learned professional,” properly exempt from overtime under the Fair Labor Standards Act, the Ninth Circuit recently held in Solis v. State of Washington DSHS (No. 10-35590 (Sept. 9, 2011).

The social workers in question were public employees of the State of Washington’s Department of Social and Health Services (DSHS), tasked with identifying the needs of children and their families and arranging for services to assure the children’s safety and well-being. Their obligations included investigating child abuse and neglect, developing treatment plans and recommending such plans to the courts, evaluating the progress children and families made in following those treatment plans, making placement decisions, and even recommending whether parental rights should be terminated.

Despite these serious responsibilities, the federal Department of Labor sued the DSHS, contending that some of the DSHS social workers did not qualify for the learned professional exemption. The district court disagreed as a matter of law, granting summary judgment for the DSHS. On appeal, the Ninth Circuit reversed that victory.

The Ninth Circuit held that the touchstone to the “learned professional” exemption was whether the DSHS required the social workers to have completed a “prolonged course of specialized intellectual study.” This was where DSHS came up short. If the social worker applicant had a degree within one of a broad range of fields—including anthropology, criminal justice, education and gerontology—DSHS did not inquire further into what specific courses the applicant had taken. This practice thus suggested that DSHS required only general academic training, even though “apprenticeship and experience might develop the advanced skills necessary for effective performance as a social worker.” Neither the requirement of 18 months' experience in social work nor a six week mandatory training program were sufficient to put DSHS over the hump toward the learned professional exemption.

As a result, the court found that DSHS had not met its burden of proving that its social workers had a prolonged course of specialized instruction, and thus they did not prevail, at least not yet. DSHS will proceed to trial and perhaps marshal more helpful facts to establish that its social workers in fact had received sufficiently specialized instruction to qualify for the “learned professional” exemption.

DSHS’ loss demonstrates the importance of scrutinizing your requirements for hiring persons sought to fall within the learned professional exemption. Particularly when the employee has only a bachelor’s degree, employers should delve deeper than the applicant’s college major to ensure that the coursework completed demonstrates that the employee has the requisite “prolonged course of specialized instruction,” even if they already have experience in the field. Requiring specific courses or narrowing the majors deemed acceptable may also assist in qualifying such persons for the learned professional exemption.