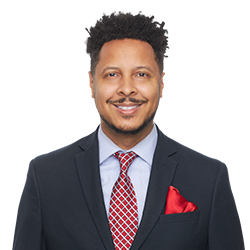 Michael A. Wilder, Chair of Littler’s Board of Directors, and a core member of the firm’s Complex Litigation and Jury Trial Practice Group, regularly advises and represents employers in various areas of employment law before state and federal district courts, state and federal appellate courts, the American Arbitration Association, the Equal Employment Opportunity Commission, and other state agencies responsible for investigating workplace discrimination and harassment. Michael has specific experience providing litigation defense of claims arising under:

A skilled litigator, Michael successfully defended a major health care provider in an appeal before the U.S. Court of Appeals for the Seventh Circuit, in which the Court affirmed the district court’s dismissal of all counts for want of prosecution. He successfully argued an appeal before the same Court on behalf of a refractories company, which resulted in the Court’s affirmation of the district court’s grant of summary judgment on all counts.

Michael was recently part of a trial team that defended a waste disposal company during a jury trial in the U.S. District Court for the Northern District of Illinois. His team received a complete defense verdict on all claims. The U.S. Court of Appeals for the Seventh Circuit affirmed the verdict in its entirety on appeal.

Michael also successfully defended a major retailer in a sexual harassment case, leading to summary judgment for the employer, which was affirmed by the Seventh Circuit Court of Appeals following oral argument.

Michael serves on Littler’s Diversity and Inclusion Council, responsible for creating, implementing, and reviewing firmwide diversity and inclusion strategies, including enhancing the firm’s recruitment and retention of diverse attorneys, and creating pipelines in which lawyers from diverse backgrounds are promoted within the firm’s management and leadership tracks.

Michael was a judicial extern to the Hon. Diane Larsen of the Circuit Court of Cook County. In law school, he was an editor for the Employee Rights and Employment Policy Journal, an extern for the National Labor Relations Board, and was inducted into the prestigious Bar and Gavel Society. He also earned his Certificate of Labor and Employment Law.

Just the Beginning – A Pipeline Organization

The Chicago American Inn of Court

Just The Beginning – A Pipeline Organization

Named, One of the Most Influential Minority Lawyers in Chicago

Diversity By the Numbers

Institute for Inclusion in the Legal Profession (IILP)

Moderator: Don't Get Lost in the Weeds: The Latest on Marijuana and the Workplace