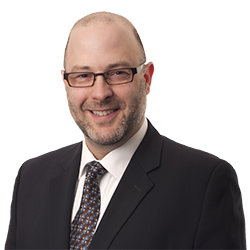 Previously, Michael was a Managing Director for a global financial services firm with responsibility for managing a group of lawyers supporting various corporate functions, including information technology, human resources, procurement, facilities and information security. He was also responsible for building information systems to support the global legal department. Before that, he was a partner in the litigation and corporate departments at a Minneapolis firm focusing on electronic discovery, information security and privacy and internet issues.

Michael is a frequent lecturer on issues arising from the intersection of technology and law. He was an adjunct professor at William Mitchell College of Law.

BYOD: Bring Your Own (Legal) Difficulties

Survey of the Law of Cyberspace: Editor, 60

Survey of the Law of Cyberspace: Editor, 59

Survey of the Law of Cyberspace: Editor, 58

Can They Really Do That? Ethical Minefields and How to Dodge Them

Lawyer as Mandatory Tech Geek - What’s the Scope of our Ethical Duty? How Can We Meet that Obligation?

Georgetown Law, The Center for the Study of the Legal Profession

Bring Your Own Device - Ethics Issues and Best Practices

10 Things Every Employment Litigator Should Know About eDiscovery

Partnering with Your IT Department - Beyond BYOD: Preparing for BYOX Policies, Information Security and Privacy, and Information Management

Enhancing Your Data Protection and Mitigating Your Cyber Risk

Protecting Your Confidential Information in the Workplace and in the Cloud

Predictive Coding Has Solved the Problem of Electronic Discovery - Or Has It?

Beyond BYOD: The Latest Technology Usage by Employees and How Your Company Can Protect Itself

Managing Retailer's Challenges of Bring Your Own Device (BYOD) Programs

Business or Pleasure: The Challenge of "Bring Your Own Device" Polices in the Workplace

A Practical Guide to eDiscovery

E-Discovery for the Corporate Market

A Practical Guide to E-Discovery for the Employment Case

Avoiding the Lawyer’s Digital Nightmare: How to Safeguard Your and Your Clients’ Sensitive Information and Survive the Inevitable (?) Security Breach

Examining the Role of Enterprise Data Production & Protection in Discovery

A Practical Guide to E-Discovery

Pro-active Strategies to Minimize eDiscovery Pain: An Ounce of Prevention

The New World of the Digital Cloud: Managing Risk When Your Employees and Critical HR Data and Functions Move Out

Twitter Records, Facebook Pages & More: The Technology and the E-Discovery and Evidentiary Issues eDiscovery for the Corporate Market

E-Discovery Wars: The Smell of Spoliation, Opportunism and Sanctions in the Morning

Spyware, Adware, and other Malware

Proving Electronic Transactions, Start with the End in Mind