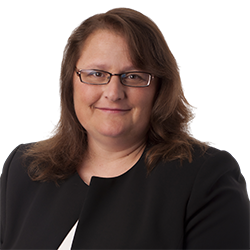 Marlene S. Muraco is a seasoned employment litigator, with 20 years of experience successfully defending employers against the full panoply of employment law claims including wrongful termination, discrimination, harassment, invasion of privacy, and alleged violations of state and federal employee leave laws. The primary focus of her practice is on class actions, with particular emphasis on wage and hour claims arising under California law and the Fair Labor Standards Act, including claims for overtime, unpaid meal and rest periods, and misclassification of employees and contractors.

Marlene also regularly advises employers on practical and thorough compliance with employment and labor laws with a focus on employers' operational and strategic needs. In addition to serving as outside counsel to employers, she has extensive experience serving a key role in a company’s internal HR and legal functions, which has given Marlene a unique understanding of her clients’ business and legal needs and allows her to develop and implement practical solutions to complex legal issues. For example, from 2001 to 2008 Marlene spent two days a week on-site in the employee relations department of a Silicon Valley Fortune 100 technology company providing legal advice and practical guidance on employment issues to the company’s human resources and employee relations staff.

In addition, Marlene regularly provides management training for clients on all aspects of employment law, including managing within the law, sexual harassment prevention and response, leaves of absence, and termination without liability.

Dark Skies and Lame Ducks: How Private Sector Employers Fared in Sacramento and Washington in 2008

Classwide Determination of Overtime Exemptions: The False Dichotomy Posed By Sav-On And A Suggested Solution

Class Action Fairness Act of 2005: Law Allows Some Class Action Cases to Be Removed from State to Federal Court

Latest Developments on Non-Exempt Wage and Hour Compliance in California

"You Can't Make Me Come to Work!" Untangling the Web of Employee Leaves

You Can’t Make Me Come to Work! Untangling the Web of Employee Leaves and Understanding What’s New in 2013

The Next Gold Rush: Leading the HR function from Pre- to Post-IPO and Beyond

Suitable Seating for Your Employees -Is Your Company Compliant, or at Risk?