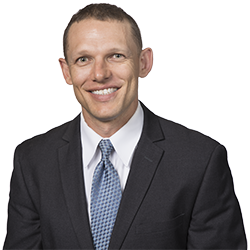 Joshua D. Levine represents a broad spectrum of employers in federal and state courts. He is experienced in:

At Littler, Josh has played a key role in multiple complex and high profile cases for well over a decade, including successfully litigating matters in trial courts throughout California. He has also successfully litigated cases to the California Court of Appeal, Ninth Circuit Court of Appeal and California Supreme Court. In addition to litigation, Josh regularly advises leading national and international companies on navigating difficult federal and state compliance issues.

Prior to joining Littler, Josh served as a Captain and Judge Advocate in the United States Marine Corps, working as lead counsel in more than 70 cases and advising top level military leadership. From 2009-2010, Josh deployed to the Helmand Province, Afghanistan, where he served as the Deputy Judge Advocate (and acting Judge Advocate) for the Seventh Marine Regiment, including during Operations Moshtarak and Cobra’s Anger.

Before joining the Marine Corps, Josh worked as an attorney in the civil trial practice group at a prominent international civil defense firm in San Francisco. He was a judicial extern for the California Supreme Court and for the Hon. Vaughn R. Walker of the U.S. District Court for the Northern District of California. In law school, he was an Executive Editor of the Hastings Law Journal.

Josh currently serves as a volunteer for the House of Ukraine nonprofit organization in San Diego helping to coordinate relief efforts for war victims and has also supported a variety of nonprofit volunteer activities supporting U.S. military veterans throughout his time at Littler, including as a member of Littler’s Veteran’s Initiative.