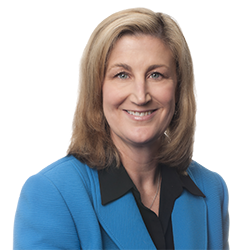 A founding member of Littler's Chicago office established in 1997, Jody A. Boquist previously served as the Office Managing Shareholder for the Chicago office, and served as Associate General Counsel for Littler for eight years. She has been a member of the firm’s Client Investment Management Committee, Good Business Practices Committee, and the Associates Committee. Jody represents employers nationwide in a broad range of high stakes litigation matters in federal and state courts, as well as administrative agencies such as the EEOC, the Department of Labor and the Illinois Department of Human Rights. Jody focuses her practice on:

Jody routinely handles the investigation and litigation of systemic discrimination matters. Among her notable litigation successes, Jody has served as lead counsel for many high-profile matters resolved on summary judgment, and as lead counsel in appeal proceedings before several United States Courts of Appeals which ruled in favor of the employer clients in those matters. Those appeals involved a variety of issues, including motions to compel mandatory arbitration, race discrimination, and age discrimination. In a hotly contested group of race harassment cases, Jody obtained several dispositive rulings and negotiated a favorable resolution on the sole remaining claim. Jody also recently obtained a partial motion for summary judgment regarding the methodology that should be used to calculate alleged damages in a wage and hour class action. The ruling reduced the potential exposure in the action by roughly 75% and led to a favorable resolution of the case.

Jody also counsels employers on a broad range of employment issues, including:

Her clients span the following industries:

In law school, Jody was a member of the Minnesota Law Review.