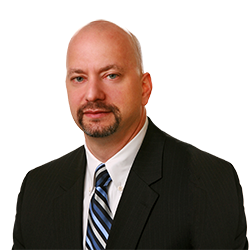 Ivan R. Novich is an experienced employment litigator who represents clients in a broad array of employment-related cases, including those involving:

Ivan has tried and won numerous jury and bench trials, including cases involving week-long jury trials in which the plaintiffs' lawyers made high settlement demands immediately prior to the start of the trials. Ivan also has prevailed on numerous summary judgment motions and appeals. His clients include:

Additionally, Ivan is a graduate of the University of Virginia School of Law National Trial Advocacy College and the National Institute for Trial Advocacy.

Litigation and TrialsAppellateDiscrimination and HarassmentLeaves of Absence and Disability Accommodation

Ivan has significant experience handling, litigating, and advising clients on noncompete, restrictive covenant, and trade secret cases, including but not limited to:

In the wireless solutions provider industry, Ivan successfully obtained a court order holding a former employee in contempt for violating the terms of a preliminary injunction restricting the former employee from violating his nonsolicitation agreement.

In the cybersecurity industry, Ivan successfully defended a client and its new employee against preliminary injunction application filed by the employee’s former employer. In that case, Ivan argued that the two cybersecurity companies did not compete with each other because they did not offer the same cybersecurity products and solutions.

In the petroleum and petrochemical industry, Ivan successfully vacated a temporary restraining order, which enjoined a new employee from working for his new employer and violating his nonsolicitation obligations.

Named, The Best Lawyers in America®*