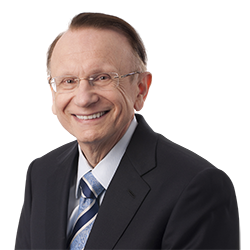 Garry Mathiason is a senior partner with Littler, the largest global law firm exclusively devoted to labor and employment law representing employers. He originated and currently co-chairs the firm’s Robotics, Artificial Intelligence (AI), and Automation Practice Group, providing thought leadership and legal advice to employers deploying this technology in the workplace, as well as many of the leading AI and Robotics firms in the world. His practice includes workplace law compliance and risk reduction advice for building, implementing, and monitoring AI and robotics systems, especially those supporting recruiting, talent assessment, and the full range of HR services. He routinely advises regarding technology-induced layoffs and transfers, employee skill requirements and retraining programs, robotics safety requirements, privacy regulations including biometrics and cybersecurity, Agency enforcement actions, and class action litigation, including most recently, algorithmic bias class actions. He has litigated or supervised firm attorneys defending over 1,000 workplace lawsuits. He has argued cases before the U.S. and California Supreme Courts.

Garry is widely recognized as a futurist, speaker, and one of the leading authorities on employment law trends in the United States. Garry was selected as the second Kelly Distinguished Lecturer on Robots and Jobs for Georgia Tech’s Institute for Robotics and Intelligent Machines (IRIM) lecture series, which features preeminent scholars in fields of significance to robotics. He is a member of the board of editors of The Journal of Robotics, Artificial Intelligence & Law. Garry has been named one of the top 100 most influential attorneys in the nation by the National Law Journal and has received the highest rankings from Chambers USA, Who’s Who Legal and The Best Lawyers in America. He was recognized in 2019 as a “Top AI” attorney by the Daily Journal. He was among 10 attorneys recognized in Human Resource Executive’s inaugural Hall of Fame as one of the nation’s most powerful employment attorneys.

Garry is a founder of NAVEX Global, the ethics and compliance authorities, which provides legal compliance solutions through an array of GRC products and services. Garry currently serves on the Board of Workforce LogIQ, a Carlyle Group portfolio company.

Previously serving as a name partner and Chairman of the Board, he helped guide the firm’s growth, including originating its public sector, global, and contingent worker practices to building the foundation that even now supports client educational programs and its advanced use of technology in the practice of law.

Named, 100 Most Influential Attorneys in the Nation

Named, 25 Most Powerful People in Staffing

Can clearer regulations motivate companies to use AI in HR?

Digitization of the Workplace: The Impact of AI and Automation on the American Workforce

The Future Is Now: Workforce Opportunities And The Coming TIDE

Tracking Your Facial Expressions, Reading Between the Lines: AI in the Workplace

What's on Your Mind? Bosses Are Using Artificial Intelligence to Find Out

How to Manage Staffing & Morale During Robotics Adoption

How Robots Are Transforming the Workplace

Innovative Lawyers Award Winner Catches the Mood of an Age

Why Employers Need to Prepare for a New Age

Who Benefits From Culture of Long Work Hours

The singularity and employment

Robots Might Take Your Job, But Here's Why You Shouldn't Worry

Labor and Employment Law in a World of Automated Systems

Love in the time of cubicles

What if Ray Rice worked in an average company?

Are robots coming for your job?

In an improving economy, is age discrimination getting better or worse?

Podcast: The Rise of Robotics and What It Means for Employers

Will Robotics and the Workplace Collide or Blend?

Schools crack down on unpaid internships

I’ll tell you my salary, if you’ll tell me yours

Even (Some) Law Firms Think Robots Are The Next Big Thing

10 Areas of Employment and Labor Law Most Impacted by Robotics, Human Enhancement Technologies & the Growth of AI

What ENDA would mean for managers in the workplace

Bring Your Gun to Work

Robots, the Workplace and the Law

ERE Conference’s Final Day: Yes, the Robots Are Coming to a Workplace Near You

When maternity leave doesn’t mean ‘out of office’

Employment and Labour Law Trends in the U.S. and the Impact of a Global Economy

The International Comparative Legal Guide to Employment and Labour Law 2011

Garry Mathiason Named Among 25 Most Powerful People in Staffing

U.S. Supreme Court Rules that Contract Formation Issues Are for Court Determination and Provides Guidance for Litigation Against International Union

Avoiding Class-Actions and Winning in Court

The Future of Wage-and-Hour Class Actions

Quarter of workforce could become temps as contract work grows

Hooking Up at Work?

Take Care of Yourself (or Else)

Bullies in the Workplace

Beware Of That Video Resume

I Can't Believe They Took The Whole Team

Sex harassment prevention classes may be paying off

Standing Out The Bounds Of Whistleblowing

Toward The End of the French Exception?: Overcoming the Challenges of Establishing a Global "Whistleblower" Hotline

Compliance Matters: What Should You Be Doing To Build Better Compliance Policies?

Embracing Employment Law as Part of the Corporate Compliance Initiative: The Expanding Jurisdiction of the Chief Compliance Officer

Strategic Initiatives for the World at Work

How to Fire a CEO

How to Hire a CEO

The Outbreak of a New Illness, SARS (Severe Acute Respiratory Syndrome), Has Significant Implications for the Workplace

What’s In Your Head Can Hurt You

The Emerging Law of Training

Employment Law—Compliance in the Age of Flat Triangle

The Electronic Workplace: Employment Law Issues Along the Information Superhighway

AI-Powered HR: Legal/Ethical Implications in a World of Algorithmic Bias

How AI and Technology are Changing the Talent Acquisition World

How Artificial Intelligence Is Revolutionizing the Workplace

The Time Is Now to Plan for AI and Robotics to Improve Your Company's Hiring, Learning, Security, Productivity and Morale

Panel: Employer Use of Technology and Tracking Employees in the Workplace

The Future of the Workplace Transformed by Artificial Intelligence, Robotics, and Other Disruptive Technologies: Employment and Labor Law Challenges and Compliance Solutions

AI Panel – Will AI Replace the Need for Human Workers? How Employees Can Embrace AI to Augment Their Careers

Private Law and Public Law Answers to AI: A Discussion of Robotics and Regulation

Emerging Global Trends and their Impact on Canadian Corporate Counsel

The Future of the Workforce: How the Robotics Revolution will Shape the Employment and Labor Law Landscape

The Workplace Revolution: Robotics, Compliance and the Law

A Guide to Combating Wage and Hour Liability

Legal Risks and Your Contingent Workforce

Bullying in the Workplace

Preventing Violence in the Workplace and Law

The Latest Trends in EEO Law: What’s Creating Risk in Your Workplace?

Conducting an Investigation—What to do when the boss on the Board is implicated?

National Leaves of Absence and Leaves Under CA Law

Law, Ethics and Governance: Issues of Integrity and Liability

Decoding the Eleven Employment Law Trends of the First Decade

The Impact of Circuit City on Arbitration Agreements