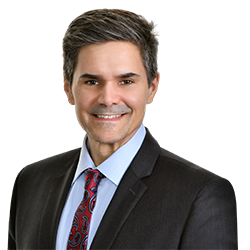 Fermin H. Llaguno advises and represents clients in all areas of labor and employment law. With experience in all facets of the litigation process, from initial investigation and filing through trial and appeal, his practice includes both individual plaintiff and class action litigation in areas such as:

Amidst a number of notable litigation successes, Fermin obtained a defense jury verdict following a six-week age discrimination and retaliation trial on behalf of a major automobile company that resulted in a defense attorneys' fees and costs award. He also obtained a defense bench trial verdict in a class action following a four-week trial on behalf of an interstate transportation company that resulted in a finding that the plaintiff class of truck drivers were independent contractors rather than employees.

Fermin regularly advises, counsels and provides training to clients in a wide range of matters, including:

He also performs employment and payroll practice audits and revises and prepares all manner of employee handbooks and employment-related agreements for clients.

One of the firm's authorities on human resources investigations, Fermin provides training to numerous clients on this topic, along with management training in the areas of:

Named, Up and Comers

Named, Top 40 Most Powerful Up and Coming Employment Attorneys

What Happens Overseas Doesn’t Stay Overseas: Measuring the Long Arm of the FCPA

Looking to the Future - Tools for Success and the New Normal