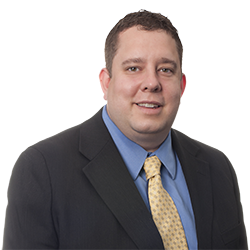 David L. Christlieb litigates in a broad range of employment law areas, including:

He has represented clients, including manufacturers, retailers, restaurants and consulting firms, in federal and state courts and in arbitrations and mediations before the Illinois Department of Human Rights, the National Labor Relations Board, the Equal Employment Opportunity Commission, the Office of Federal Contract Compliance Programs, and the Department of Labor.  David is frequently called upon to cross-examine or depose expert witnesses including economists, statisticians, psychologists, and sociologists.

Among David's notable successes, he has successfully argued an appeal in a discrimination lawsuit  for a national manufacturer before the 2nd Circuit Court of Appeals, has won a high-stakes unfair labor practice trial over allegations that his client’s lockout of union employees was unlawful, and tried one of the first cases applying the “strike then lockout” exception to New Jersey’s unemployment compensation law.  He has provided pro bono representation of indigent students in school expulsion cases.

David serves as the hiring shareholder in Littler Mendelson's Chicago office, and developed a litigation training program for associates.

In addition to his law degree, David holds a masters degree in human resources and industrial relations from the University of Illinois. In law school, he served as the notes editor for the Elder Law Journal.

The Perils of Union Activism Have Been Greatly Exaggerated