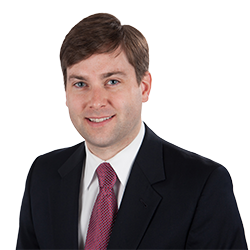 For nearly twenty years, Ben has successfully defended lawsuits alleging single plaintiff and class claims, including alleged class-wide wage hour violations, systemic discrimination, and retaliation for purported violations of securities laws. He has obtained defense verdicts in jury trials in both federal and state courts. Ben has also represented clients before various federal and state agencies, including the Equal Employment Opportunity Commission, the National Labor Relations Board, the Department of Labor and the Occupational Safety and Health Administration. He has defended clients against claims involving:

In law school, Ben served as an editor on the Georgia Journal of International and Comparative Law. He also was a member of the Moot Court Board and was named Best Oralist and received awards for Best Brief and Best Team at the 2002 Intrastate Competition.

How to Spot a Whistleblower and Prevent Retaliation: 10 Tips

The Next Wage and Hour Battle: The Classification of Underwriters and the Continuing Controversy Over the Administrative/Production Dichotomy

Oiling the Squeakiest Wheel: How to Handle a Whistleblower and Prevent Retaliation

The Employee from Hell: Investigating, Managing, and Responding to the Squeakiest Wheel

The Use of Experts in Wage and Hour Cases

Who’s that Knocking on the Door? Preparing for and Responding to DOL Investigations

Nuts and Bolts of Employment Law

Sex Offenders, Terrorists & Video Resumes: How Far Can You Go To Get Information On Applicants & Employees?

What Are the Employer's Minimum Wage & Overtime Obligations?