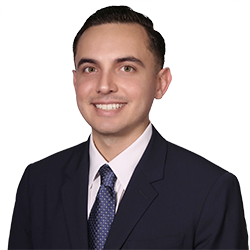 Lorenzo B. Riboni focuses his practice on labor and employment law matters.

During law school, he spent three semesters as a law student researcher for the Federalist Society’s Labor and Employment Law Executive Committee. In addition, he served as a legal intern at the Aviation, Space & Admiralty Litigation Section of the Torts Branch of the Department of Justice, the U.S. Army XVIII Airborne Corps, and the Department of Homeland Security.

Before starting his legal career, Lorenzo served in the U.S. Army Military Police Corps with tours in Afghanistan and Cuba.