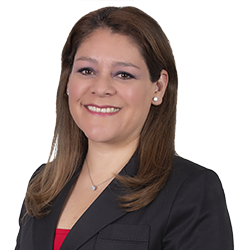 As one of the founding partners of and the senior lawyer in Littler’s Mexico operations, Mónica Schiaffino has continued to serve global as well as domestic employers throughout Mexico and Latin America. For more than 20 years, Mónica has been an acknowledged leader in the field. She is regularly recognized by international publications including Best Lawyers, Who’s Who Legal (including as a “thought leader” in labor and employment law), and Latinvex Magazine, the latter which in 2020 again recognized her as the only labor lawyer in its list of “Top 100 Lawyers in Latin America.” In a field dominated by male lawyers, Mónica has routinely been recognized as the only female leader among Mexico’s practitioners.

She has extensive experience with the implementation of pension plans; coordinating and implementing labor structures dealing with expatriates; employee and business transfers; preparing internal labor regulations; reviewing and the implementation of compliance policies and programs including HR and compliance investigations; one-on-one coaching for executives; employee handbooks; discrimination and harassment in the workplace policies and training; employment contracts; incentive plans; confidentiality agreements; conducting due diligence and labor restructuring and collective bargaining agreements.

Mónica has authored several important articles which have appeared in various renowned publications on labor and employment matters in the Americas, and she frequently speaks at national and international labor law conferences.