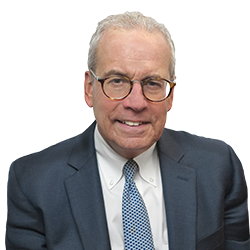 Karl A. Fritton has over 35 years of experience representing a variety of national employers in collective bargaining, labor arbitration and labor-related litigation before the National Labor Relations Board and the State and Federal Courts. His clients are in the energy, food distribution, waste management, steel, construction, automotive, insurance, financial services, health care and media industries.

Karl has acted as chief negotiator in over 300 labor negotiations, including over 50 first contracts. He has extensive experience negotiating with virtually every major union in the United States, including:

Results achieved on behalf of clients include:

Additionally, Karl has handled more than 300 labor arbitrations throughout the United States, obtaining favorable results for clients on a variety of issues, including:

Karl has also handled over 75 union representation petitions, including one of the largest elections held at the NLRB and has handled several union decertifications and deauthorizations following unsuccessful strikes.