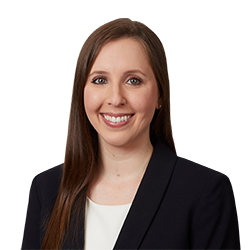 In her noncompete and trade secrets cases, Diana has assisted with written discovery, depositions, obtaining temporary and extended orders of protection for harassment in the workplace, and hearings successfully enforcing emergency injunctive relief.

In her appellate practice, Diana has argued before the Nevada Court of Appeals on behalf of a pro bono client in a 42 U.S.C. § 1983 civil rights case.  She has also drafted Opening, Answering, and Reply briefs before the Nevada Supreme Court.

Diana has handled matters in federal and state courts, arbitration, and before administrative agencies achieving favorable results which include the following:

During law school, Diana served as an articles editor for the Virginia Journal of International Law. Diana also was a judicial extern to the Hon. Philip M. Pro of the U.S. District Court for the District of Nevada.

The Next Noncompete Reboot