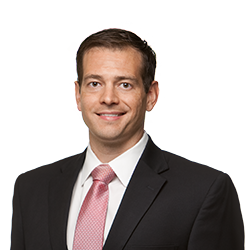 Ryan G. Lockner represents and counsels clients in all aspects and stages of employment litigation, arbitration, and mediation, including claims based on:

Prior to joining Littler, Ryan was an associate at another large, international law firm. He also served as a judicial extern to the Hon. David G. Campbell of the U.S. District Court for the District of Arizona, interned in the legal department of Arizona’s largest private utility, and was an articles editor for Jurimetrics: The Journal of Law, Science, and Technology.

Ryan is a veteran of the U.S. Army where he served as an Intelligence Officer. During his tenure in the Army, Ryan deployed overseas multiple times, and gained valuable experience researching and analyzing complex information, as well as advising combat troops, senior military officials, and civilian policymakers.

Workplace Violence Prevention in the Age of the Active Shooter