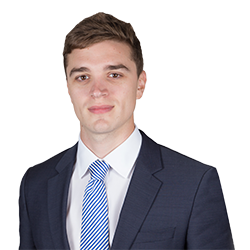 Philip B. Baldwin advises and represents employers in a broad range of traditional labor and employment law matters arising under federal and state laws, including:

Phil works with clients across many industries, and his experience in California and federal law has yielded tremendous results for many Littler clients. Phil is also a member of the San Francisco office’s hiring committee.

Before joining Littler, Phil interned with the Hon. Peter J. Messitte in the U.S. District Court for the District of Maryland, the U.S. Department of Justice’s Office of Special Counsel for Immigration-Related Unfair Employment Practices, and the U.S. Attorney’s Office in Washington, D.C. During law school, Phil was senior articles editor for the Georgetown Journal of Gender and the Law and helped the U.S. Attorney’s Office in Washington, D.C. run a mock-trial club at a local high school. He also received the John F. Kennedy Labor Law Award, which is given to the graduating student who achieved the best overall performance in the field of labor law.

Recipient, CALI Award for Excellence in Mediation and Negotiations

The Eternal Debate on External Law in Labor Arbitration: Where We Stand Five Decades After Meltzer v. Howlett.