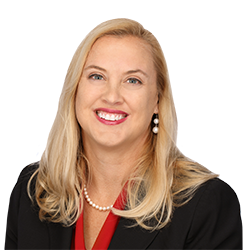 Katherine Lewis Parker is a member of the Littler CaseSmart® team and is based in Virginia. As a brief writer assigned to single plaintiff litigation matters, she formulates and executes briefing strategy for cases. She evaluates and selects legal authority that supports the facts and circumstances of each case and prepares substantive briefs and motions, including complex dispositive motions, motions to compel arbitration, discovery motions and briefings concerning other strategic issues.

Prior to joining the firm, Katy litigated employment cases for a leading North Carolina firm. Katy also previously served six years as the legal director for the American Civil Liberties Union of North Carolina, where she directed the ACLU’s legal program for the entire state of North Carolina. Dur­ing her tenure at the ACLU-NC, Katy argued and won several cases at the state and federal level, including the Fourth Circuit Court of Appeals.

After law school, Katy served as a law clerk to U.S. District Court Judge John F. Nangle in Savannah, Georgia. She then practiced for five years in Jacksonville and Tallahassee, Florida, where her practice focused on employment law, media law and commercial litigation.

Recipient, Leaders in the Law Award

Named, Inaugural Class of 40 Under 40

University of Georgia School of Law