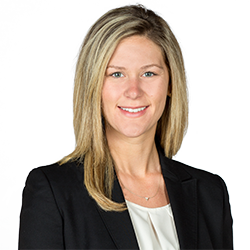 Jill A. Evert advises clients on numerous employment laws and regulations, with particular emphasis on discrimination and retaliation lawsuits and complaints. She works with clients to address their complex and evolving workplace challenges in a wide spectrum of industries, including retail, oil and gas, along with government contractors.

Prior to joining Littler, Jill was an associate at a midsized litigation firm and held a federal clerkship position for two U.S. district judges. There, she gained substantial exposure to employment claims, which influenced her decision to concentrate on workplace law.

She received the “Award for Outstanding Pro Bono Service” from Legal Aid of East Tennessee, in part, for her representation of an indigent defendant in a premises liability case involving several plaintiffs and co-defendants.