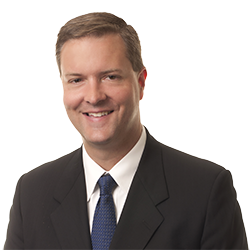 Jeff Place represents management in all aspects of labor and employment law, with a particular focus on matters involving organized labor and labor relations counseling. He has handled collective bargaining negotiations, counter-union campaigns, labor arbitrations, mediation and matters involving the National Labor Relations Act before the National Labor Relations Board.

Jeff works with clients throughout the United States, including:

Jeff also counsels clients on personnel management and defends employers against discrimination, harassment and retaliation claims by current and former employees; wage and hour claims; and claims arising under:

He appears before the Equal Employment Opportunity Commission and state corollaries, the Missouri State Board of Mediation, the Missouri Division of Labor Standards, and the Kansas Public Employee Relations Board, as well as in state and federal courts.

Prior to joining Littler Mendelson, Jeff was a partner at another firm and also clerked for Chief Judge James B. Loken of the United States Court of Appeals for the Eighth Circuit.

Committee on the Development of the Law Under the National Labor Relations Act, Labor and Employment Law Section

Intermittent Strikes: What They Are, When They Are Protected, and How They Are Being Used in the "Fight for 15"

ABA Committee on the Development of the Law Under the NLRA, 2017 Mid-Winter Meeting

Labor Board Continues Its Focus on Handbooks and Work Rules

NLRB: Employees Failing to Notify Home Health Care Employer They Were Participating in Strike Could Not Be Disciplined

Big Changes in Store for Missouri Employers: What’s New, How it Impacts Your Organization, and What You Can Do To Prepare