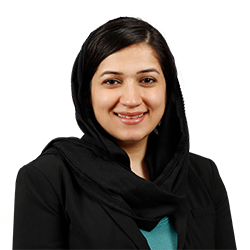 Hinna Upal provides practical solutions and strategic guidance to multinational employers on a wide range of international employment and compliance concerns and in litigation. Her competencies cover a range of workplace topics, such as discrimination, harassment, retaliation, and accommodations at the state and federal levels and before administrative agencies, including the Equal Employment Opportunity Commission (EEOC) and the New York State Division of Human Rights. She also guides employers on the intricacies associated with employment in multiple nations and the difficulties associated with conflicting jurisdictional obligations including in such areas as:

Before joining Littler, Hinna was the deputy general counsel at the Executive Office of Energy and Environmental Affairs (EEA) for the Commonwealth of Massachusetts. She also served as a law clerk to the Hon. William E. Smith, chief judge of the U.S. District Court for the District of Rhode Island, and Justice Francis X. Flaherty, Rhode Island Supreme Court.

Treasurer, Delegate and Member, Board of Directors

After 9/11, Hinna Upal Changed her Focus to Law, She's a Woman to Watch

When Fear Clouds Reality: Hinna Mirza Upal '07 on the Complexity of Responding to Islamophobia

None of Your Business? Discrimination and Leave Compliance Issues When Managing Employees with Substance Addictions