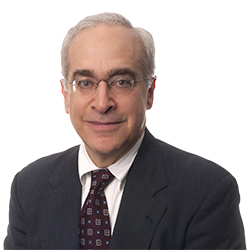 For more than 35 years, Eric D. Witkin has successfully represented management in employment litigation before federal and state courts and administrative agencies, including the Equal Employment Opportunity Commission and the New York State Division of Human Rights, focusing on the defense of discrimination claims arising under Title VII and New York State and City Human Rights Law.

Eric has defended employers and individual managers in both single plaintiff and large class actions involving the full range of employment law issues, including:

Eric also has had major responsibility in cases notable for the novelty of the legal theories advanced and the degree of risk entailed. They include rejections of the doctrine of compelled self-defamation and the Equal Pay Act pay discrimination claims of hundreds of flight attendants.

Eric works with a diverse group of clients that includes:

Prior to working at Littler Mendelson, Eric served in various positions, from associate to of counsel, at other firms.