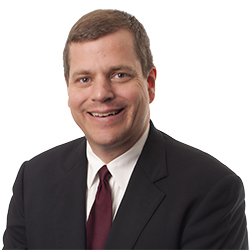 Dale L. Deitchler represents management in all phases of labor law, labor relations and standards, including:

Renowned for his knowledge on drug and alcohol testing, Dale also has extensive knowledge of both federal and state Department of Transportation policies and regulations.

He counsels clients on a wide variety of employment law issues, offering advice and practical solutions about:

He also is a contributing author to a number of nationally recognized labor and employment law publications.

Prior to joining Littler Mendelson in February 2004, Dale was a partner at another firm, where he also practiced labor and employment law.

HR Works: How Can You Combat the Opioid Epidemic and Substance Abuse at Your Organization?

Pre-Employment Marijuana Drug Testing Goes Up in Smoke in NYC

In Oklahoma, Medical Use of Marijuana Is OK, But Employers Now Have Enhanced Rights to Act

One Toke Over the Line: Navigating a Foggy Workplace Where Pot Is Hot

When Employees Claim to Be Addicts - What, if Anything, Should Employers Do?

How to Approach an Employee Who Might Be Dealing with Addiction

VIDEO: Addressing Addiction in the Workplace

Zeroing In on Zero Tolerance

In the First Case of its Kind, Court Rules Federal Law Does Not Trump Employee Protections under State Medical Marijuana Law

Massachusetts High Court 'First Case of its Kind in the Country'

More American Workers are Failing at This Job Requirement

In the Spotlight: Medical Marijuana Will Affect Workplace Policies and Testing

The Burning Questions in Pot Law

Employers’ Paths on Medical Marijuana are Far From Clear

The workplace and medical marijuana: Employer guidelines for navigating the legal haze

Solicitation and Distribution Rules and Their Enforcement Under Attack: NLRB Continues to Narrow Employer Limitations on Workplace Communications

Washington Supreme Court Blunt in Ruling: No Claim for Wrongful Discharge Under State's Medical Use of Marijuana Act

Raising the Stakes for Employers in Discrimination Claims in Wisconsin

Marijuana and the Workplace

Weed and Work: Are Marijuana Users the Newest Protected Class?

Legalized Marijuana and the Future of the Drug-Free Workplace

Legal Implications Of Social Media In The Workplace: Tough Issues From The Trenches

Designing Workplace Testing Policies for Multi-State Compliance: Do All the Puzzle Pieces Fit?