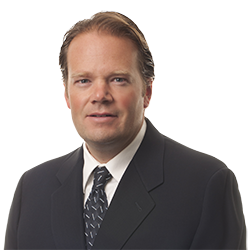 Chad Anderton advises and represents employers in a broad range of employment law matters, focusing primarily on employment discrimination litigation, including class action defense. He has experience with claims brought under:

Previously, he practiced at different firms in Ohio, California and Illinois, primarily engaged in commercial and employment litigation and public entity defense.

Chicago's Living Wage Ordinance: A Sign of What is to Come?

What do you do when Employment Law and Bankruptcy Collide?