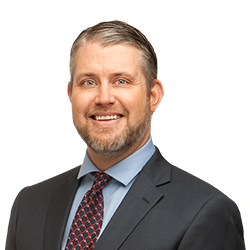 Chris Suffecool represents employers in cases involving a variety of claims arising under state and federal law, including:

Chris has obtained summary judgment on claims of discrimination and wrongful termination, and secured dismissals with prejudice of Title VII claims against his clients.

Prior to joining Littler, Chris gained valuable litigation experience as an associate at several Phoenix area firms. A sample of representative matters involving employment litigation include:

Regarding labor matters, Chris has:

In an internal investigation, Chris assisted in securing $200 million in recovered funds for the largest public pension fund in the United States, following a large-scale investigation that uncovered corruption and self-dealing.

During law school, Chris served as a judicial extern to the Hon. Robert C. Broomfield and the Hon. Mary H. Murguia, both of the U.S. District Court for the District of Arizona.