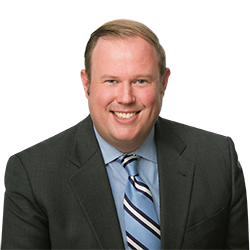 Bradley J. Krupicka advises and represents employers in a wide range of labor and employment matters arising under both state and federal laws.

Prior to joining Littler, Brad was employed at a regional law firm where he had a broad litigation practice including employment claims. Notably, he counseled clients through employee theft investigations, including working cooperatively with the Multnomah County District Attorney’s Office on behalf of a corporate client in the investigation, trial, and restitution of over $150,000 in theft by a former employee and third party. After law school, Brad clerked for Multnomah County Circuit Court Judge Henry Kantor, where he gained experience with all aspects of courtroom activity, having worked on more than 85 trials.

Brad served as an extern and law clerk for the Multnomah County Attorney’s office. He litigated employment law and civil rights cases, and advised internal clients on a range of employment law and constitutional issues. As part of that experience, Brad contributed to a winning Ninth Circuit briefing on the issue of front pay awards in OFLA/FMLA cases. He was a research assistant in employment law issues during law school.

A fourth generation firefighter, he spent five summers as a wildland firefighter and engine boss. Brad is heavily involved in bar and community activities, including service on several pro bono committees.

MBA Battle of the Lawyer Bands

Employees Catch a (Meal) Break from the Oregon Supreme Court