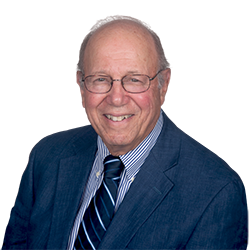 Bertrand B. Pogrebin advises and represents clients in a wide range of employment law issues, such as:

He appears in state and federal courts and before the National Labor Relations Board, the Equal Employment Opportunity Commission, and the State Division of Human Rights.

Bertrand also focuses his practice on corporate compliance related to anti-discrimination laws, the National Labor Relations Act, Title VII, and the Americans with Disabilities Act. He works with many public and Fortune 500 private sector employers throughout the country on labor relations and employment law issues, and his clients include:

Among his notable accomplishments, Bertrand negotiated a settlement with the EEOC on behalf of three Westchester cities for hiring entry level firefighters that has served for the last 25 years, helped prepare for arguments before the United States Supreme Court in a case involving collective bargaining issues, and was part of a team that represented a public transportation system in an interest arbitration in 2009. He also served on the Commission on Mayoral Control in 2009, advising legislators on the renewal of the mayoral control law for New York City schools.

Bertrand is the founding member of the Appleseed Foundation, which supports projects to provide equal access to justice. Previously, he was the head of a labor and employment law boutique, representing many public sector employers and acting as the negotiator for a metropolitan board of education, police department, correction officers, sheriffs and clerical units, and cities.

Bert Pogrebin Emphasizes Protection from Picketers Outside of Work