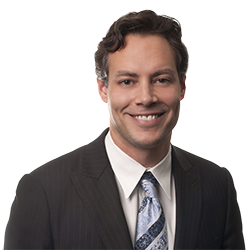 Appearing on behalf of employers in federal and state courts and administrative tribunals throughout the United States, Angelo has litigated all types of discrimination cases, including age, disability, race, national origin, sex, harassment and retaliation. He also litigates issues related to:

Additionally, Angelo regularly assists employers to promote an issue-free work environment through counseling, training and other preventive strategies. He also conducts training on employment-related issues for management personnel, lawyers and human resources professionals and is a regular speaker before business organizations and human resource groups on a wide variety of employment law topics.

He also works with global employers regarding their U. S. employment law-related needs and cross-border human resources issues. Angelo is a core member of Littler’s Wage & Hour, Healthcare and International Law Practice Groups.

Litigation and Labor and Employment sections

Legal and Compliance Issues to Watch in 2019

How to Prevent Litigation and Wage Disputes

Home Care Companies Increase Use of Noncompetes, Other Contract Restrictions

How to Prepare Your Business for NYC's Predictive Scheduling Laws

Why There are More Payroll Lawsuits in Home Care

The Red Flags of FLSA

How Agencies Can Dodge Pay Practice Lawsuits in the Trump Era

Wage and Hour Challenges for the Home Care Industry

FLSA Compliance for Home Care Employers After the Companionship Exemption

Non-exempt employees: What counts as uncompensated off – the –clock work

Beyond the companionship exemption: How to classify employees as non-exempt

Wage and Hour Class Actions in the Healthcare Industry: Diagnosis and Prevention

The Home Care Industry Update: Mechanics of the Paycheck Protection Program, Arbitration Programs and the Latest Advocacy and Legislative Developments

An Ounce of Prevention is Worth A Pound of Cure: Wage & Hour Compliance Strategies That Will Reduce the Risk of the Bet-the Company Class Action

Beyond the Companionship Exemption: How to Reclassify Employees

The Disappearing Companionship Exemption: How is the Home Health Industry Responding to its Elimination for Home Care Workers

An Ounce of Prevention is Worth a Pound of Cure: Wage & Hour Compliance Strategies That Will Reduce the Risk of the Bet the Company Class Action

Call Center Class Actions: And What We Can Learn From Them

The Globalization of Employment and Labor Law: Latest Trends and Issues for 2012

Why Wage and Hour Litigation and DOL Audits Are Exploding

Healthcare Employers in the Crosshairs: Is Your Organization Wage and Hour Compliant?