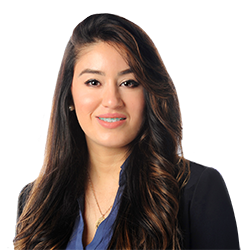 Prior to joining Littler, Angela represented plaintiffs in a wide range of employment matters, including many of the same types cases she now defends, such as wage and hour class actions, discrimination and sexual harassment claims, and wrongful discharge. Angela also represented plaintiffs in personal injury actions. During her time as a plaintiff’s attorney, Angela conducted and defended more than 300 depositions, including questioning all witnesses in over 100 post-trial damage-phase hearings conducted across the state of California. Angela was a key member of the trial team in two successful plaintiff side class actions. She prepared and questioned numerous witnesses in both a successful 52-day California state court trial in Fresno County and a month-long federal court jury trial in San Francisco that resulted in a $73 million judgment.

Angela’s prior plaintiff side work provides her with strategic insight and perspective in defending a wide range of employment claims.