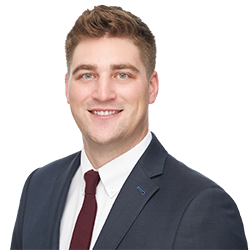 During law school, he served as senior article editor for Notre Dame’s Journal of International and Comparative Law.

At the University of Chicago, Scott was a four-year varsity football player for the Maroons. In 2015, he was awarded the Stagg Medal, given to best senior male student athlete. In 2014, he was a captain, All-American, and the UAA Defensive Player of the Year.