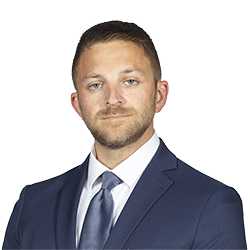 Jacob Gibson represents employers before the EEOC, the Merit Systems Protection Board, other federal and state agencies, and in federal and state courts. He defends against allegations of discrimination, harassment, retaliation, wage and hour violations, and other charges, and advises employers on topics such as discipline, leave, drug testing, and handbooks and policies. Jacob also has significant experience litigating claims arising from restrictive covenants, including non-compete and non-solicitation agreements, and claims for unfair competition and misappropriation of trade secrets.

Before joining Littler, Jacob was an associate at an AmLaw 100 firm in Tennessee, where his practice was focused on management-side employment law as well as general commercial litigation. He was named the office's Pro Bono Lawyer of the Year in 2018.

Employee Handbooks and Policies in the 21st Century