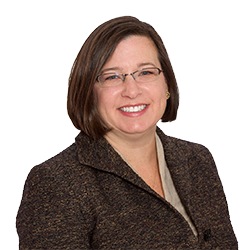 Pam Salgado provides advice, counseling and litigation services to employers and high-level executives. She counsels employers with regard to employment-related laws and issues, including:

Pam regularly defends employers in employment-related litigation and governmental proceedings, including claims of:

Some of Pam’s notable successes include:

Pam has served as a special deputy prosecutor in the King County Prosecutor's Office. During law school she was an extern in the Antitrust Division of the U. S. Department of Justice.

Discrimination and HarassmentLeaves of Absence and Disability AccommodationHiring, Performance Management and TerminationPolicies, Procedures and HandbooksStaffing, Independent Contractors and Contingent Workers

Former Volunteer, Board of Directors

Tacoma is the Third Washington City to Mandate Paid Leave

$15.00 Minimum Wage and Mandatory Paid Sick and Safe Leave for Transportation and Hospitality Workers Take Effect in City of SeaTac

How to Hire and Fire in 96 Jurisdictions

Agreements Not to Compete

DRI Compendium on Trade Secrets and Agreements Not to Compete

Advice for Employers Planning for Reductions in Force

The Rising Tide of Retaliation Claims: What It Means for Employers

Workplace Safety: Everything from obvious threats to issues you may not be thinking about

Leave Me Alone: Tips and Tricks for Complying with Federal, State, and Local Leave Laws

Leave Me Alone: Tips and Tricks for Complying with Federal, State, and Local Leave Laws

Administering the Family and Medical Leave Act Under the Current Regulations

Anti-Discrimination and Anti-Harassment Training for Employers and Supervisors

Top Ten Ways to Avoid Getting Sued by Employees