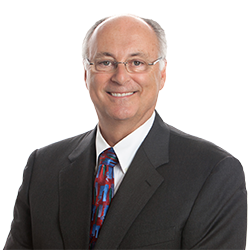 Mark W. Schneider focuses his international practice on representing management in all phases of labor law and labor relations before the National Labor Relations Board, the Department of Labor and the Occupational Safety and Health Administration. Specifically, he handles:

Mark works with a broad range of clients, including state and national trade associations and those in the following industries:

Mark speaks nationally and conducts training for employer groups and trade organizations, including the Society for Human Resource Management, the Food Marketing Institute, the Grocery Manufacturers Association, as well as other trade associations and private industry. In addition, he has been a lecturer on labor law for the Graduate School of Business at the University of Wisconsin-Milwaukee and has taught labor law for the State Bar of Wisconsin.

Redefining a Joint Employer and Destruction of the Franchisee/IC Model

Despite House Vote, Employers Should Prepare for Quicker Union Elections

Reducing Your Risk of Discrimination Claims

Employment and Labor Law Update: The Future is Changing, Are You Ready?

The NLRB in Flux: A Conversation with General Counsel Peter Robb

The NLRB: A Look Ahead

Realistic Expectations from the NLRB: Reversal of Obama Labor Policies, Business as Usual or Something in Between?

Labor Law Update - Are You Prepared for Change

Labor and Employment Update Under the Trump Administration

Staying Ahead of the Ever-Changing Labor Landscape

Is There a Future for Collective Representation of American Workers and If So, What Will and Should It Look Like

"Ambush" Elections Have Arrived: Are You Ready?

“Ambush” Elections Have Arrived: Are You Ready?

The EU Labor Relation System vs. The US Labor System

Employee Representation in Europe and in the US

Labor Update 2013: What are Congress and the Administration Up To?