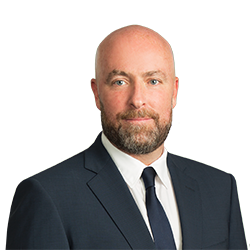 For over 25 years, Harry D. Jones has advised and defended employers, including in dozens of jury trials. Additionally, Harry has led more than 80 high-profile investigations on behalf of school districts, cities, colleges and private institutions. He also provides day-to-day advice to human resources professionals on hiring, training, pay, discipline and termination, including a specialty in dealing with complex c-suite misconduct issues. He has led the national class action defense of wage and hour cases; and has aggressively protected business interests from unfair competition. He frequently works with:

In addition to prevailing against the Equal Employment Opportunity Commission and beating the Teamsters in a vandalism case, he has handled dozens of disputes before the National Labor Review Board and the Department of Labor. Harry has a national and international focus in his practice; he guides general counsel and HR departments through 50-state and complex cross-border issues, particularly in Europe, Africa and Latin America.

He has been named as a Texas Super Lawyer, perennially.

Harry was a published editor of the Texas Tech Law Review, a Regents Scholar and a National Merit Scholar.

Member, Advisory Board of Trustees

What You Need to Know About Biden’s OSHA: A Quick Conversation

A Six-Month Recap of Current and Prospective Covid-19 Litigation

Employers can require workers to get a COVID-19 vaccine. Will it come to that?

Will the USMCA improve labor conditions in Mexico? Not immediately, experts say

The GOP’s Current Proposal for COVID-Related Lawsuit Protections: A Q&A From the Plaintiff and Defense Perspective

New Federal and State COVID-19 Legislation: A Q&A From the Plaintiff and Defense Perspective

Not so fast, boss: As COVID-19 cases spike in Texas, more delay their return to the office

Reopening on Friday? Many Dallas Companies Plan to Keep Working in Place

Between a Rock and a Hard Place: Options for Texas Employers in the Face of COVID-19

How to Maximize the Effectiveness of Voir Dire

How Are Trade Secrets Being Protected in State Court? Statistics Are Revealing

Will the Sun Belt Turn Rusty?

Littler’s Ever-Popular Overview of All the Things You Need to Know from Court’s, Agencies, and Workplace Trends

The Role of HR

University of Texas at Dallas

Generations in the Workforce

Four Generations in the Workforce

Solving Skills Shortages with Foreign Workers: The Pitfalls, The Upsides

How to Survive a C-Suite Scandal

Social Media in Schools: The Risks for the District Employer

Harry Jones to Present at the Annual TSPRA Conference

Social Media in Your Workplace: Understanding the Risks and Developing Solutions

Harry Jones to Present at the North Dallas Chamber of Commerce

Risks to Employers from Social Media Use

Will the Sun Belt Turn Rusty