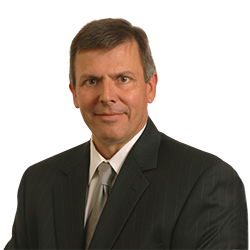 Earl “Chip” Jones is trained as an external auditor with a “Big Eight” accounting firm and has experience in both private practice and as a senior executive in a Fortune 200 company. The combination of his accounting and auditing background, litigation training and executive experience inside a large, publicly-traded company makes him uniquely qualified to identify solutions that will maximize value and reduce clients' exposure and risk.

The University of Texas School of Law Continuing Legal Education

"Purloined Letters": Management Options When a Departing Employee Puts a Business Entity at Risk by Collecting Confidential Business or Personnel Information for Use in the Employee's Personal Litigation

Ruling CPA Not Whistle-Blower May Have Chilling Effect: Lawyers

You’re In Charge of Ethics and Compliance — Now What?

If Whistleblowers Snooze, They May Lose (Money)

Government's Message to Corporate America — "We Want Your Whistleblowers!"

Mistakes and realities of implementing and executing effective compliance programs

Do Directors Have an Oversight Responsibility for Workplace Culture?

Whistling While You Work

How to Tackle Problems Before the SEC Knocks

Hear the Whistle Blow: Is Your Company Prepared?

Compliance Matters, What Should You Be Doing to Build Better Compliance Policies

Moderator, Speaking Up and Prevent Scandal: The New Whistleblower Requirements

Whistleblowers: The Challenges for In-House Counsel

Preparing for the Future: Strategic Planning for Legal and HR Departments

When Social Media and Compliance Programs Collide: How to Mitigate Risk

The Athletic Department's Whistleblower Survival Guide: How to Minimize Risk and Promote a Culture of Ethical Conduct

Corporate Compliance & Ethics for HR and In-House Counsel: What You Need to Know to Keep Your Company Out of the Headlines

Business or Pleasure: The Challenges of Bring Your Own Device Policies In The Workplace

How to Keep Your CEO Out of Jail: What Every HR Professional and Employment Counsel Should Know About the Federal Sentencing Guidelines

Setting Tone at the Top and Mood in the Middle: Are Your Compliance Efforts Making a Difference?

Conducting Lawful and Effective Investigations: Proper Responses to Allegations of Unethical Conduct in the Workplace