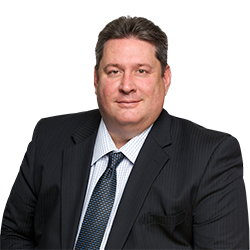 David P.R. Symes represents management in employment and labor litigation in Oregon, Washington, and Alaska. He is a core member of the firm's Complex Litigation and Jury Trials Practice Group and has more than 20 years of diverse trial experience that includes:

Prior to joining Littler, David was the founding shareholder in the Portland office of another national employment law firm and a partner at a national firm headquartered in Seattle. He began his law career as a clerk for Hon. René J. Gonzalez of the Alaska Superior Court.

During law school, he served as the associate editor of the Washington University Law Quarterly.

Member, Executive Committee, Board of Directors

Member, Executive Committee, Board of Directors

Employees Catch a (Meal) Break from the Oregon Supreme Court

Employers: MJ is legal. Now what?