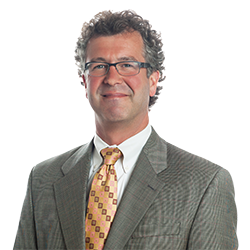 Andrew J. Voss represents employers in collective, class, and hybrid actions brought under the federal Fair Labor Standards Act and state wage and hour laws. He has successfully defeated conditional certification in a number of threatened nationwide collective actions and has resolved many other cases involving the complicated legal issues that arise in wage and hour litigation.  His practice also focuses on consulting with a wide range of employers on wage and hour compliance, ensuring best practices, and avoiding class litigation.  In addition to his specific focus on wage and hour multi-party claims, Andrew’s experience includes trial and appellate practice in both state and federal courts involving:

In addition to his substantial practice advising employers with respect to complex wage and hour challenges and compliance, Andrew counsels employers on a broad range of employment matters, such as:

Andrew's clients span multiple industry sectors across the country, including:

DOL Revised Section 7(i) Exemption Regulations: Is Your Company a Retail or Service Establishment?

Oh My... 7(i): An Overview of the “Inside Sales” Exemption's Requirements, Nuances and Common Pitfalls

The Independent Worker Proposal: Finding a Middle Ground Between Employee and Independent Contractor

Retailers’ Response to the Proposed Changes in the DOL Exemption Regulations

Beyond Classification & Off-The-Clock: Mining The Minutia Of Pay Practice Laws