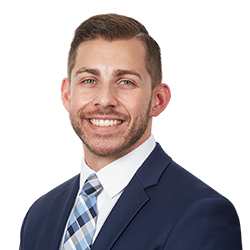 Neil C. Baker advises and represents Nevada and Utah employers in a broad range of employment matters and appears on their behalf before both federal and state courts, as well as before administrative agencies. His practice includes litigating actions involving a variety of federal and state laws, including the following:

In addition, Neil counsels employers on a variety of compliance issues. Among other matters, he provides advice on these topics:

Before joining Littler, Neil clerked for the Honorable Gregory K. Orme on the Utah Court of Appeals. In law school, he served as a managing editor on the Indiana Law Journal.

The Nevada Minimum Wage Will Be On The Ballot In 2022

Some Hospitality Employers in Nevada Must Establish Virus-Combating Protocols, Including Cleaning, Testing, and Paid Time Off

Paid Leave Is Now the Law in Nevada

Paid Leave Soon to be Required in Nevada

Paid Leave Soon to be the Law in Nevada

Book Review, The Crime of Complicity: The Bystander in the Holocaust by Amos N. Guiora

Vaccines and Returning to Work: How the Pandemic Is Changing ADA Workplace Accommodations - Utah Edition

Vaccines and Returning to Work: How the Pandemic is Changing ADA Workplace Accommodations