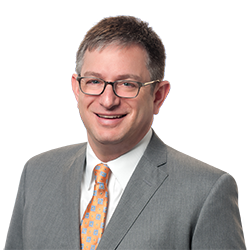 Recognized for his results-driven counsel, Michael Moschel zealously advances the business interests of national and regional employers. His providential legal advice meshes seamlessly with the goals of clients – signifying his immersion in their partnership and a keen understanding of their operations.

Michael brings notable on-the-ground experience to his traditional labor work, with distinctive strength in the healthcare and federal contracting industries. He negotiates significant labor contracts and represents employers before the National Labor Relations Board (NLRB) and the Department of Labor (DOL). He regularly advises clients regarding compliance with the National Labor Relations Act (NLRA) and federal government contractor labor laws, regulations and executive orders, including obligations under the McNamara-O’Hara Service Contract Act (SCA) and the Davis-Bacon Act.

Michael has achieved the following for his clients:

Michael excels at assisting employers in the management of people in the workplace, garnering accolades from peers and clients. He advises and litigates in a wide range of employment law, including restrictive covenants agreements, wage and hour compliance, discipline and discharge, reductions in force, discrimination and civil rights, sexual harassment, misclassification of employees as independent contractors and I-9 compliance.

Member, Board of Trustees, General Counsel

NLRB Reverses Course, Holds it has no Jurisdiction over Faculty at Religious Institutions of Higher Education

From Harvey Weinstein to [Insert Name Here]: Preventing Sexual Harassment in the Workplace and What to Do When Claims are Made