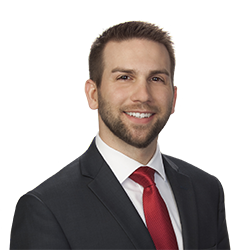 Benjamin W. Mounts is an experienced litigator and employment counselor, who regularly defends employers at every stage of litigation, from pre-suit negotiations through trial and appeal. Ben has litigated a wide variety of employment suits, including cases involving noncompete agreements, misappropriation of trade secrets, and alleged violations of state and federal anti-discrimination and anti-retaliation statutes. He regularly appears in state and federal court and before the Equal Employment Opportunity Commission and other government agencies. A consummate advocate, Ben has obtained dismissals and summary judgments in cases involving alleged claims of retaliation, disability discrimination, failure to accommodate, intentional tort, wrongful termination in violation of public policy, and discrimination and retaliation under the Family Medical and Leave Act.

Ben has also developed extensive knowledge of the Occupational Safety and Health Act (OSHA). He routinely counsels employers on OSHA compliance, including injury and illness reporting questions, responding to contagious and infectious diseases, and reviewing workplace safety policies. He has shepherded employers through dozens of OSHA inspections and complaints, and successfully challenged OSHA citations in many cases before the Occupational Safety and Health Review Commission and various agencies in states with approved OSHA plans.

Before joining Littler, Ben worked at a regional law firm, where he devoted his practice to litigating employment suits and advising employers under state and federal laws, such as the Fair Labor Standards Act, the West Virginia Human Rights Act, the Americans with Disabilities Act, and the Family Medical and Leave Act.

During law school, Ben served as an issue editor for the I/S Journal of Law and Policy for the Information Society, a journal published by a partnership between The Ohio State University’s Moritz College of Law and Carnegie Mellon University’s H.J. Heinz III School of Public Policy and Management.

Ohio’s “Stay Safe” Order Effective May 1, 2020—What it Means for Employers

Ohio's Amended Stay At Home Order, Effective April 6 – What It Means for Employers