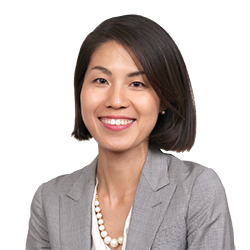 Distinctively licensed to practice in the United States and her native Japan, Aki Tanaka focuses her practice on international employment and labor law.

Aki understands the laws, language and culture in both countries, and her bilingual abilities bring clarity to workplace uncertainties for Japanese and U.S. employers. Her guidance, document reviews and communication can be conducted in English or Japanese, which conveys precision and efficiency to the counseling process.

Based on her unique knowledge and experience in U.S. common law jurisdiction and Japanese civil law jurisdiction, Aki also advises U.S.-based, or Asia-based companies on their outbound international labor and employment laws across the globe as well.

Among Aki’s successful engagements for clients are these:

Before joining Littler, Aki was a partner at a firm in Japan. She practiced law there for more than 10 years. She also has experience as in-house legal counsel to a U.S. employer in Japan operating in the consumer goods industry.

The Japan Society of Boston

The Next Normal: A Littler Insight on Returning to Work – Some Lessons from Asia

Coronavirus: What are an Employer’s Obligations in Various Asian Countries?

Mandatory Procedures for Employee Dismissals for Misconduct or Work Performance in Japan, Colombia, the Netherlands, and the UK

Significant Changes to Japan's Labor Laws Will Take Effect in April 2019: Are You Prepared?

Are You Ready For April 1, 2018 in Japan? Employees on a Fixed-Term Contract Exceeding 5 Years Will Be Able to Convert Their Employment to an Open-Ended Term

International Cutbacks and Reductions-in-Force in the Global Pandemic

COVID-19 – For Companies with Employees in China, Japan and South Korea

Looking Ahead in Asia: Managing Your Workforce Through 2018 and Beyond

The Real State of Overtime Payment and Unpaid Wage Claims in the U.S.: Things that Japanese Companies in the U.S. Should Keep in Mind to Avoid Claims Submitted by their Employees

Labor Law to Expand into Myanmar

Risk Management Seminar Given by a Legal Professional: Law at Work - Employment and Labor Issues

Regulations on Labor Law in the Four ASEAN Countries