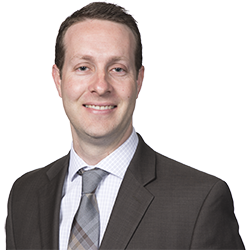 Matthew B. Riley represents and advises employers in a broad range of labor and employment matters.

Prior to joining Littler, Matthew worked for four years as a judicial law clerk to U.S. Magistrate Judge David H. Bartick in the U.S. District Court for the Southern District of California. Prior to his time with the court, Matthew worked for several years as an associate at a national law firm. During this time he represented defendants in state and federal courts on a broad range of business litigation matters.

During law school Matthew served as an articles editor of the Utah Law Review. He was a research assistant, teaching assistant and judicial extern to the Hon. Paul G. Cassell (Ret.) of the U.S. District Court for the District of Utah. He also received recognition as a top student in numerous courses, including American Legal History, Civil Procedure, Disability Rights, Jurisprudential Perspectives on the Legal System, Legal Methods, and Rights of Crime Victims.

Victim Participation in the Criminal Justice System: In re Kenna and Victim Access to Presentence Reports