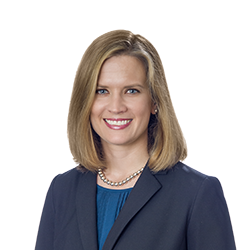 As a member of the Littler CaseSmart – Charges™ team and based in Ohio, Morena L. Carter is responsible for handling charges from investigation to conclusion. She works on client-dedicated service teams, focusing on handling administrative agency charges. She investigates charge allegations, reviews pertinent documents, interviews key witnesses, and provides clients an assessment of the risks associated with the charge. In partnership with the client, she defends the charge by drafting persuasive position statements and responses to the agency’s requests for information.

Previously, Morena advised and represented clients in a broad range of labor and employment law matters, including traditional labor law matters and employment litigation and counseling. She has experience advising both private and public sector clients, including publicly traded companies, nonprofit agencies, and townships.

Morena appeared regularly before state and federal courts and federal and state agencies. She has experience in matters involving the National Labor Relations Act, Title VII and state discrimination and harassment laws, the Americans with Disabilities Act, the Age Discrimination in Employment Act, and Family and Medical Leave Act.

As a part of Morena’s labor law practice, she assisted clients with labor relations strategies, human resource policies, and training. She also counseled employers with respect to collective bargaining and labor relations, and serves as principal spokesperson for management in labor contract negotiations.

During the course of her legal career, Morena served as temporary in-house counsel for a national gaming company where she provided labor and employment advice to human resources leaders and played a significant role in the bargaining of several first labor contracts.

Prior to becoming an attorney, Morena worked at the Cleveland Museum of Art in fundraising and exhibition management, and interned at the J. Paul Getty Museum, the San Francisco Museum of Modern Art, and the Solomon R. Guggenheim Museum. She is involved in the local Cleveland art community as a collector and arts nonprofit supporter, and through pro bono work. While attending law school, Morena served as editor-in-chief of the Akron Law Review, where she oversaw the publication of the flagship journal and three subject matter journals.